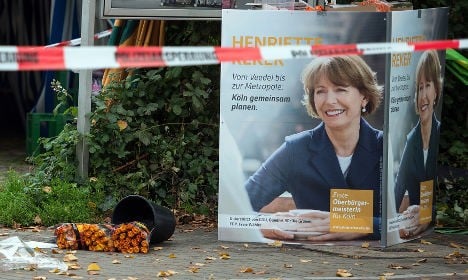 The High Court in North Rhine-Westphalia found the man guilty of attempted murder from its seat in state capital Düsseldorf.

Frank S. attacked Reker with a hunting knife on the campaign trail on October 17th 2015, just days before the people of Cologne would vote her in as their new mayor.

Four other people were also injured during the attack.

The 45-year-old described Reker during his testimony as “a completely deluded, far-left, fancy pants ideologue” and is believed to have been angered by her support for refugees coming to Germany.

“He wanted to send out a signal against the refugee policies of the government,” said judge Barbara Havliza, explaining the ruling. “He wanted to create a climate of fear and to influence politics.”

“He doesn’t view it as justified for the federal government to let refugees into Germany. According to him the government has committed high treason. He wanted to send an extreme and brutal message against that.”

During the trial, S. denied intending to kill Reker, saying he had only wanted to injure her.