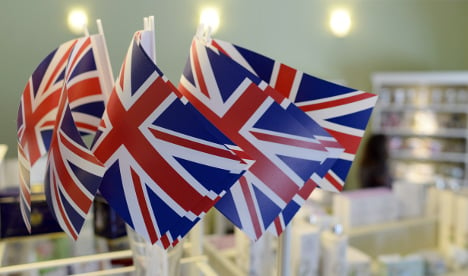 Germany may seem quite foreign. Another language, another football team, another culture. But if you look hard enough, you'll find more than a few similarities this side of the North Sea. Think you'll miss Blackpool? Don't worry, there's a rainy seaside culture in Germany too. The Baltic Sea, or 'Ostsee', is one of Germans' favourite national holiday destinations. Come rain or shine, the Autobahn up north will be chock-full on a holiday weekend.

There are English-language schools in most major cities, for example the Berlin British School, so you don't have to worry about your children not growing up with the Queen's English.

German is also taught at a high level at these schools, so your kids will be language masters by the time they hit university! Sick of British private rail services? Deutsche Bahn is cheaper, but it has a lamentable punctuality record, with delays having risen by almost a third since 2009.

With the broken air conditioning and poorly-attended toilets, you could easily close your eyes and imagine yourself on Northern Rail. Majorca is one of the biggest European tourist destinations for Brits, and the same goes for Germans. Nearly four million of them hit the Spanish beaches every year, with one national newspaper calling Majorca “Germany's 17th State”.

And Germans carry the same rowdy reputation as the British. In May, two German tourists were arrested for starting a fight with a shop owner after stealing beach towels from his store.

A taste of home

If you take a look around any major German city, you will always find a taste of home.

Hamburg, the second largest port in Europe, has some beloved fish 'n' chip shops. Berlin has a British shop that's been open since the fall of the Wall and stocks classic British beans, cider, tea, and biscuits.

The country is also pockmarked with Scottish pubs, like Loch Ness in Berlin or Pub Dudelsack near Frankfurt.

Cologne and Düsseldorf have a healthy rivalry – on and off the pitch. Photo: DPA.

Do you enjoy making fun of your neighbours? Are you from Manchester and hate scousers or from North London and constantly joke that all South Londoners are cabbies?

Regional rivalries like these aren't exclusive to the UK, and the Düsseldorf-Cologne rift is probably Germany's most notorious. It's a divide between two neighbouring cities – posh versus laid-back, Altbier drinkers against Kölsch beer drinkers.

And that's not to mention the football. No matter where you are in Germany, you'll find healthy competition with another city. If you have an inexplicable attachment to Britain's 'flying rats', you'll find a fair few in Germany too.

Numbers in Berlin and other cities have fallen considerably over the past decade. But move to Frankfurt and you'll find they have made the Central Station their home. Just like the streets of good old Blighty.