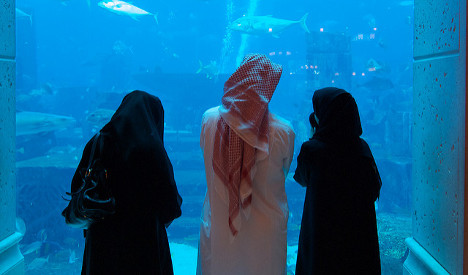 “No one who comes here has the right to place their cultural entrenchment or religious thinking over our laws,” Maas told Bild newspaper.

“Therefore no multiple marriages will be allowed to be recognized in Germany.”

In Germany, marrying another person after you are already married is illegal and punishable by up to three years in prison.

However, immigrants who arrive in Germany after already marrying multiple people in their home countries may be tolerated by legal authorities in practice, depending on what's best for the family, according to the Süddeutsche Zeitung.

If a husband dies, for example, courts may decide to divide the man’s pension between his wives, the newspaper wrote.

Additionally, Muslim couples living in Germany sometimes do not have civil marriages, but rather are married only in Islamic religious ceremonies, thus making it easier to have several wives who are not legally recognized, according to Spiegel.

Spiegel reported in 2012 that an estimated 30 percent of “Arab-born” men in Berlin actually had two wives.

But Maas said he now wants to end this practice of officially tolerating polygamous situations.

“Everyone must abide by rules and laws, whether they grew up here or are new,” the minister continued.

“The law is equal for all.”

German officials have also been considering how to impose stricter regulations for refugee and immigrants who arrive in Germany with an underage child bride.

Hundreds of cases have been reported recently of grown men coming to the Bundesrepublik, already married to young girls.

And problems can arise when such couples start a family together.

“If the wife is underage, the youth authorities are always alerted, and they decide if the family stays together or not,” a spokesperson for the Federal Office for Migration and Refugees told DPA.