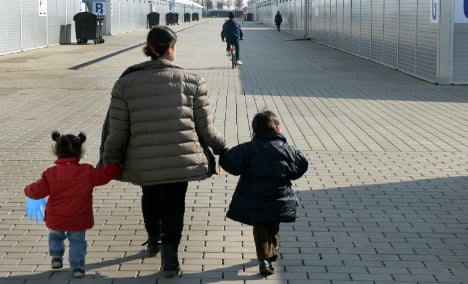 The refugees will arrive as husbands and wives, children or parents of people who have been granted asylum, the Süddeutsche Zeitung reports (SZ), citing a report written by the Federal Office for Migration and Refugees (BAMF).

The experts from BAMF estimate that the process will take several months and that for every recognized refugee from Syria, one family member will come to Germany.

According to BAMF statistics, 428,000 Syrian refugees came to Germany last year, while 72,000 came in the first five months of 2016, meaning that it is likely roughly half a million more will arrive over the coming months.

In reality the numbers could be lower due to a law passed earlier in the year which means that some Syrians will only be offered 'subsidiary protection' – a status which does not allow for family members to join the refugee immediately after their status has been approved.

The BAMF figures contradict previous independent predictions which have appeared in recent months which foresaw a tripling or even quadrupling of the refugee numbers due to family members joining up with migrants who had made the dangerous crossing via the Mediterranean into Europe.

The report's authors say that the extra half a million refugees will place an additional burden on government coffers, but that “considerable time delays in the arrival of families” will mean that the effects will be staggered over time.

German consulates in Lebanon and Turkey are already reporting long waiting times for the processing of applications, the SZ writes.

While the government has massively increased staffing at these diplomatic posts, many applicants still face months of waiting before a decision is made on their case.

Overall, refugee arrivals have fallen drastically in recent months with with a drop of almost a quarter between March and April, and a nearly 90 percent plunge between December and April.

But refugees’ ability to make it to Germany from war-torn countries has been greatly hindered in recent months by the closure of borders by Balkan countries.

Interior Minister Thomas de Maizière has also said that officials expect 100,000 migrants to leave the country this year, voluntarily or through deportation.