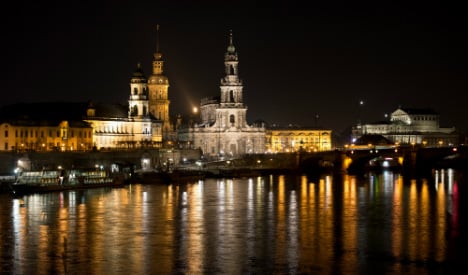 During the dark decades of the Cold War, East Germans would risk their lives to escape the intrusive police state they suffered under and reach the freedom and prosperity of West Germany.

Following reunification in 1990 the migration westward escalated sharply, as around 200,000 east Germans flooded to the west each year in search of jobs and better opportunities as their own economy struggled to adapt to capitalism.

But the Federal Institute for Population Research said the turning point came in 2014, thanks mainly to the growing attractiveness of the German capital.

“Berlin and its surroundings have been attractive to migrants from the west. Without Berlin, net immigration would still be negative,” said the institute.

Other major cities in the east, like Dresden and Leipzig, have also seen an influx, but the majority of the smaller towns are still suffering depopulation.

A quarter of a century following the fall of the Berlin Wall, eastern Germany continues to record far higher unemployment than the west.

These statistics follow a study by the the Berlin Institute for Population and Development released in January which showed that in 2012 the states of the former east recorded net inward migration for the first time since reunification.

In 2012 close to 150,000 people moved to the “new states” from west Germany or abroad, meaning it was the first year when the former east experienced net migration.

But the story of that report also wasn’t wholly positive. The study showed a huge disparity between urban and rural areas, with only 15 percent of local governments reporting net inward migration.

It also concluded that growth was driven by the major cities of Leipzig, Dresden, Erfurt and Potsdam.

Meanwhile a study released on Friday spoke glowingly of the leaps made in eastern cities in terms of economic and technological developments.

The study by Swiss think tank Prognos noted in the Zukunftsatlas (future atlas) that Leipzig and Berlin are the cities which have made the biggest gains nationwide across a variety of indicators including prosperity, job prospects and innovation.

Another study released on Friday claimed that east German cities are some of the best places to be a woman.

The project conducted by Focus magazine found that Dresden was the best city to be a woman due to it having a much narrower gender pay gap than the rest of the country.

The eastern cities of Jena and Leipzig came in third and fourth in the ranking.