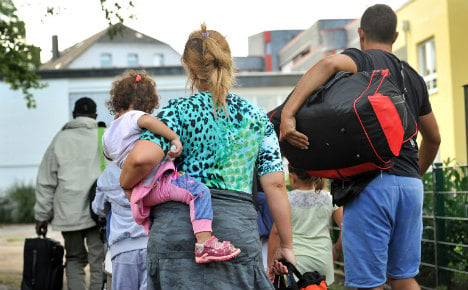 The study published in Berlin on Monday by Open Doors, a Christian aid organization set up in 1955, found that over 80 percent of Christian refugees had been harassed by Muslims at refugee camps.

In particular life was made difficult for Iranians and Afghans who had converted to Christianity.

“Converts are most exposed. They are seen as traitors by radical Muslims,” he added.

Around half of the 231 refugees who were interviewed between February and April for the report also said they felt disadvantaged or bullied by Muslim guards who worked at the refugee centres.

“Refugees should not have the feeling that they face the same persecution as they did in the homeland when they arrive here,” he said.

He added that his party had already taken measures to improve the vetting process for security firms which staff refugee homes, while states have also been told to record religiously motivated crimes separately.

One protestant pastor told the report's authors that he knew of cases when Christian refugees were threatened after they refused to take part in Muslim prayer services.

Whoever spoke up was likely to be target for further unfair treatment, the pastor Gottfried Martens, said, explaining that “if someone complained we often had to provide a mattress for him to sleep on.”

Open Door suggests in the report that in the future Christians and other religious minorities should only be housed in large groups in specific refugee centres.

This is not the first report to warn of threats to minorities in refugee centres from other refugees as well as from security personnel.

In February, the Gay Advice Centre in Berlin warned that homosexuals and transsexuals often suffered discrimination and violence at centres.