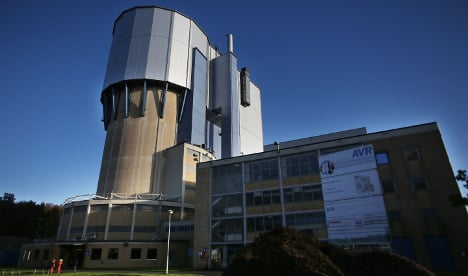 Salah Abdeslam had documents at his apartment about a nuclear research centre at Jülich in North Rhine-Westphalia, raising concerns for authorities about what he many have been planning on German soil.

The documents included articles printed out from online sources about the research facility, as well as photos of the centre's head, Wolfgang Marquardt, newspapers under the publishing group Redaktionsnetzwerk Deutschland (RND) reported, citing members of a parliamentary panel.

Abdeslam is currently being held in a Belgian prison, waiting to be deported to France, where he will face trial for terrorism offences in connection with the November 13th Paris attacks that left 130 dead.

The most recent documents were reportedly found inside of Abdeslam’s apartment where the French national was arrested last month in the Molenbeek district of Brussels.

But according to RND, the Chancellery and the Interior Ministry declared that they did not have any information about the documents.

Similar information about the Brussels terrorists monitoring a Belgian nuclear scientist several weeks ago fueled speculation that they could have been planning to somehow get radioactive material for a dirty bomb, perhaps by blackmailing the researcher. They reportedly spied on the researcher, including filming him at his home for hours.

Immediately after the Brussels attacks, a Belgian nuclear power plant was evacuated of all non-essential personnel.

Officials were also concerned when it emerged that two former Belgian nuclear power plant workers had gone to Syria to fight with Isis, one of whom was killed.

German nuclear power plants are extensively protected against the possibility of any interferences or other actions by an outside person, including terror attacks, according to the German Environment Ministry.

But according to environmental NGO BUND, the reactors are not sufficiently safe enough against air attacks.