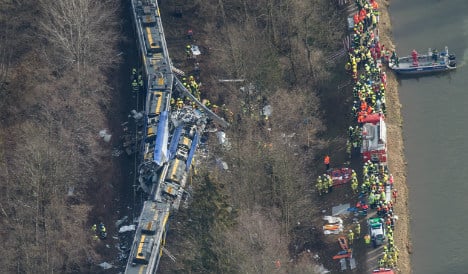 The latest victim was a 46-year-old man who died of his injuries in a Munich hospital more than two months after the disaster, said Bavarian police.

A day earlier, a court ordered the arrest of the 39-year-old railway signalling worker on involuntary manslaughter and other charges

Prosecutors said the man had “turned on his mobile phone while on duty on the morning of the disaster, launched an online computer game and actively played it for a long period until shortly before the train collision.”

“Apparently because of this distraction, the accused made… false assumptions, sent the wrong signals to the trains and pressed the wrong radio key combinations in both emergency calls so that the drivers could not receive them.”

This meant his error was not just a “momentary lapse” but represented a “serious breach of duty”, said the chief prosecutor in the southern town of Traunstein in a statement.

The worker, who has several years of experience, had allowed two trains from opposite directions, carrying about 150 passengers in total, to travel on a single track.

They collided in a forest area about 60 kilometres (40 miles) southeast of Munich, the Bavarian capital.

The accused had admitted to playing the game but denied being distracted by it, said the prosecutor's statement.