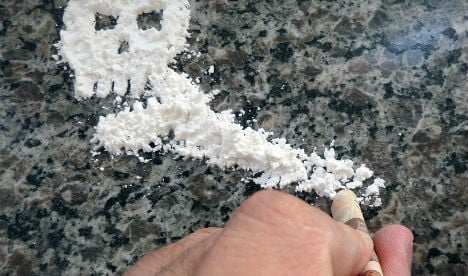 Cem Özdemir was filmed with a cannabis plant. Photo: Wikipedia

Consuming weed in Germany is legal. What is illegal is growing, producing, trading, importing, exporting, buying and owning weed, according to anwaltauskunft.de.

In this bizarre game of legal twister, if a German pothead wants to indulge his pastime without breaking the law, the only way he can do so is by getting a friend to put a joint to his lips while he takes a drag.

There is also a “small amount” of cannabis Germans can own without being prosecuted for it which varies from state to state.

In Hamburg and Munich this it is 6 gramms, in Berlin it is more liberal at 16 gramms.

Good news for Green Party leader Cem Özdemir, who was filmed at home in 2014 with a cannabis plant in the background. When German club kids consume mind-altering substances to celebrate the Gods of Techno, they should spare a thought for Merck Group, a German chemical company which dates back to 1668 and still exists today.

In the late mid-19th Century, the firm made an unwitting and significant impact on the modern-day party scene, firstly with cocaine then MDMA.

Cocaine was first synthesized by German chemist Albert Niemann, and Merck picked up commercial production of the substance back in 1862. It then found application in dentistry, psychoanalysis and Coca Cola.

But people on other parts of the planet were way ahead of the Germans. The Inca tribe in the Andes of South America were chewing coca, the leaf from which cocaine is produced, thousands of years ago.

Merck developed the drug in 1912 in an effort to create medicine that would help blood to clot, the Guardian reports.

But it was through the work of U.S. chemist Dr. Alexander Shulgin that MDMA became what it is today. He got wind of the compound in the early 1970s, synthesized it in 1976 and was the first to test it on humans – namely himself.

And many Germans still feed on his legacy today, despite the fact the drug is illegal in the Bundesrepublik. According to the Global Drug Survey 2015, 16% of Germany's participants in the survey had consumed the drug in the previous year. Adolf HItler used to get injections every day; Photo: DPA

No wonder he was always so angry.

From 1942, Adolf Hitler received daily doses of Pervitin – a forerunner to the dangerous and highly addictive substance Crystal Meth – to give him energy boosts through the day.

But even to the Führer, sharing was caring. Wehrmacht records show that some 200 million meth pills called Pervitin were issued to troops between 1939 and 1945, also to improve their concentration, reports the Daily Mail.

By now, the drug is anything but legal – owning it can lead to a prison sentence of up to five years.

Green Party politician Volker Beck took the risk anyway – and when he was caught in 2016 he immediately gave up his position as party spokesman on domestic politics. Picture of a laboratory; Photo: DPA

If they're not busy taking them, they're busy making them.

In 2003 researchers at Freie Unviersität Berlin were involved in a dissertation about psychotic diseases such as schizophrenia and depression and developed the chemical compound called 25I-NBOMe.

But what started out with good intentions has turned around completely. The substance is now circulating as a drug called Wizard all across the globe.

The effects are reportedly similar to LSD and ecstasy, but significantly stronger – only small amounts can have a devastating effect on a person's psychology, as N24 reports:

In 2014, two students in South Australia died because of the drug – one kept running into electricity pylons and tree trunks, the other jumped from a balcony believing he could fly.

SEE ALSO: The German streets that honour murderers and racists 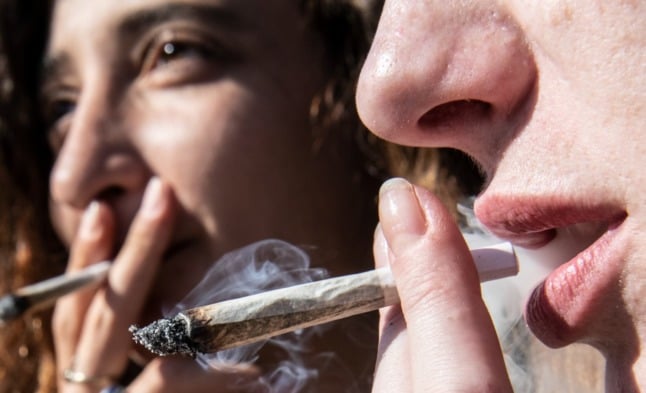 POLITICS
Why Germany could be on the brink of legalising cannabis
Url copied to clipboard!