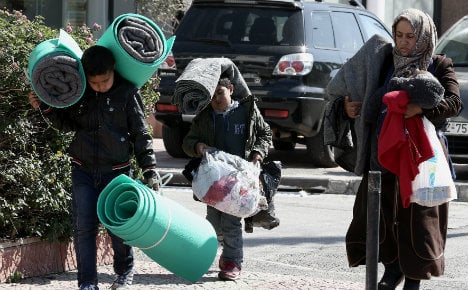 The survey shows that only 11 percent of Germans disagree with the idea of an upper limit placed on the number of asylum seekers the country takes in, the poll by Infratest showed.

Chancellor Angela Merkel has consistently refused to set an upper limit, although she did suggest during a television interview on Sunday that she would like the number in 2016 to be kept under 1 million. The largest number of respondents (38 percent) agreed that the upper limit should be set at a conservative 200,000 asylum seekers per year.

Twenty one percent of people meanwhile said that Germany should take in no asylum seekers at all, while 17 percent said there should be an upper limit of half a million and just 3 percent wanted it set at a million.

In 2015 around 1.1 million asylum seekers arrived in Germany, with the majority arriving in the second half of the year. Asked about their country’s ability to integrate the asylum seekers who are arriving from countries such as Syria, Iraq and Afghanistan, most Germans expressed a belief that this is possible.

Twenty-nine percent said it wouldn’t succeed at all.

In terms of the fears they have about how the refugee influx could damage Germany, the most commonly expressed anxiety was that the country would have to go into debt, with 77 percent believing this would be an issue.

Almost two-thirds of people meanwhile worried the jump in population would make it harder to find housing, while 62 percent worried that it would result in more criminality.

On the other hand only 37 percent of respondents said that refugees would have a detrimental effect on prosperity in Germany.