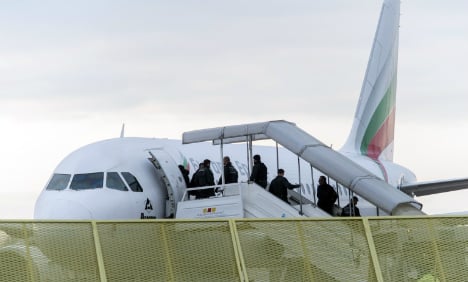 Most money is paid out by the REAG/GARP return programme, described as a “humanitarian aid programme” by the government, which is run in co-operation with the IOM.

Even people with open asylum applications can apply, Spiegel Online reported on Thursday – not just those whose applications have been refused.

Officials hope that the small extra push will convince those with little chance of receiving asylum or who were already thinking of returning to go.

Simply paying travel costs to voluntary leavers can free up space in refugee homes and be less expensive than forced deportation procedures.

The amount paid out – or whether anything is paid at all – depends on a migrant's country of origin.

REAG/GARP can cover train, bus or air tickets or pay out up to €250 for someone travelling home by car.

Meanwhile, there is “starting aid” available for any migrants not from the western Balkan nations. Returners from Afghanistan, Iraq, Ethiopia, Eritrea, Nigeria, Pakistan and Ghana can receive up to €500.

Funding for REAG/GARP comes from Germany's federal and state governments and is expected to reach €10.1 million in 2016 budget plans.

A group of 135 Afghan migrants landed back in Kabul from Germany on Wednesday after volunteering to return home due to a lack of prospects in Europe, officials said.

The International Organisation for Migration (IOM) arranged the transport and reception of the group, which included 107 males and 18 females including ten children.

It did not say how the Afghans reached Germany or how much time they had spent there.

Applications for assisted voluntary returns from Germany to Afghanistan have significantly increased over the last week, officials say.

The Afghan Embassy in Germany said there were as many as 1,000 Afghan migrants in Germany urgently wishing to return voluntarily to Afghanistan.

“The main reasons invoked by the returnees to go back … are the limitations they perceive in their long-term opportunities in Germany,” said IOM chief in Germany Argentina Szabados.

This included “the limited possibilities for family reunification,” he added in a statement.

The IOM has run the Assisted Voluntary Return and Reintegration (AVRR) programme in Afghanistan since 2003. The number of assisted returns from Germany rose from 92 in 2014 to 304 in 2015.

“The Afghan government welcomes any voluntary returns of its nationals .. from foreign countries,” Said Hussain Alemi Balkhi, Afghan minister of refugees and repatriation.

The 28-nation European Union has since last year been struggling to cope with a massive influx of migrants, the biggest wave of migration since World War II, fuelled by the war in Syria and Iraq.

German media reported on Thursday that the country could be dealing with 3.6 million new arrivals within its borders by 2020.