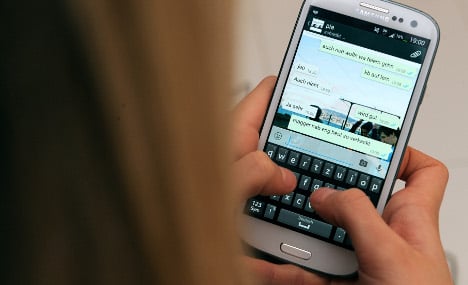 A regional court in North Rhine-Westphalia convicted a man on Friday of sexually abusing a nine-year-old girl through messages that he sent by WhatsApp.

In late 2014, the then 55-year-old man started writing to the girl, asking whether she was happy with her boyfriend, according to the court in Hamm. He had reportedly known the girl and her mother for some time.

He later asked her whether she had spent a “good” night with her boyfriend. He then inquired whether she had a female friend for him who “was not grown-up” and therefore they could “make the group four,” explaining “you and your boyfriend, and me with the other girl”.

The girl's mother took the phone from her daughter while this conversation was going on and discovered the messages.

Under the German criminal code, a person can be found guilty of sexually abusing a child if they “induce a child to engage in sexual activity,” including providing the child with “written materials”.

The court explained that the man had “suggested a sexual experience with multiple people” and the messages were “clearly aimed at awakening a curiosity”.

The man received a suspended prison sentence of nine months.

SEE ALSO: Chef in dock for 400 counts of child abuse