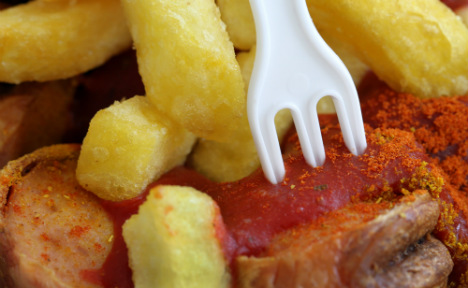 The sausages with spicy sauce are sold in the car company’s canteens and are said to be exquisite, broadcaster N-tv reports.

In 2015 the company sold a total of 7.3 million currywurst while only managing to offload 6.3 million cars. The cars, though, still brought in the larger profit.

It is unclear whether sausage sales have outperformed car sales at the company in previous years.

Volkswagen have hit rocky times ever since environmental authorities in the USA discovered they had fitted their diesel cars with an emission cheating software, with the scandal still rumbling on globally.

Raids against VW in South Korea

Prosecutors in South Korea raided Volkswagen's head office Friday, a spokesman for the carmaker said, as part of a probe into the firm's emissions-cheating scandal.

Investigators confiscated  computer hard drives and documents after searching the headquarters in Seoul and other Volkswagen offices in the South Korean capital, Yonhap news agency said.

Homes of company officials in charge of product quality control were also raided.

“We have made clear that we will fully cooperate with the investigation and our position remains unchanged,” a  Volkswagen spokesman told AFP.

The move comes just a month after South Korea's  environment ministry filed a criminal complaint against Johannes Thammer, the managing director of the carmaker's local unit, saying a recall plan for emissions-cheating vehicles was legally deficient.

The world's second-largest automaker faces legal action in several countries, after it admitted in September to faking US emissions tests on some of its diesel-engined vehicles.

Foreign carmakers, especially German brands like Volkswagen, have steadily expanded their presence in the South's auto market long dominated by the local giant Hyundai and its affiliate Kia.

Sales of foreign cars account for about 15 percent of the total car sales, compared to 10 percent in 2012.

Around 70 percent of foreign auto sales in South Korea are diesel-engined vehicles.