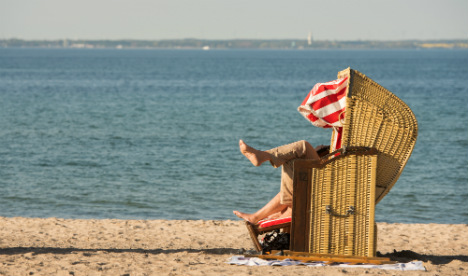 The plaintiff had been paying €1,700 in monthly alimony to his ex – who was also caring for their 14-year-old daughter – since the two separated in 2013.

She had no other regular income to support herself and the teenager.

But some time later, the ex-husband realized that a new man was on the scene – and began to wonder whether it shouldn't be the new guy supporting his ex's lifestyle, the Süddetusche Zeitung reports.

Pictures of what he called the “happy couple” kept appearing in his news feed: cycling, paddleboarding, visiting Munich's Tollwood Festival, skiing – all building up in his mind the image of what he called a “confirmed cohabitation” between the two.

Christmas pictures showing the ex-wife, the daughter and the new boyfriend together were the last straw for the ex-husband, who went to court alleging that it was “unreasonable” for him to keep paying alimony.

But the former wife rejected his view of her blossoming new love.

She didn't live with her new boyfriend – nor did they even regularly spend the night together, she said.

While she didn't deny the new relationship, she said her ex was building a false image of her life by focusing on the photos she posted with her boyfriend, and not the others with all her other friends.

“You ought simply to have called up and asked rather than working yourself up into an obsession,” her lawyer told the ex-husband.

After the judge had examined the photos and questioned the witnesses, she found that there was no evidence for the supposed “confirmed cohabitation”.

Nor did acknowledging a sexual relationship with a different man mean that the woman was definitely cohabiting with him, the judge said.