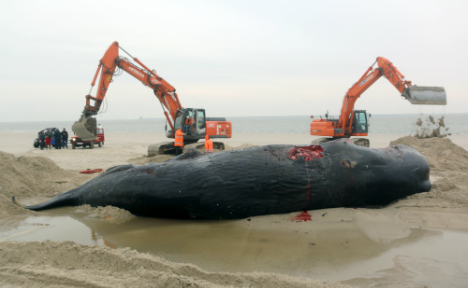 The eight whales found near the northern town of Friedrichskoog were young bulls, around the same age as the animals discovered three weeks ago at various North Sea spots.

They were lying close to each other in the mudflats of a restricted area of the Wadden Sea national park, the Schleswig-Holstein regional environmental authority said in a statement.

Since the 1990s, a total of 82 sperm whales have been found stranded in the Wadden Sea in Denmark, the Netherlands and Germany.

“The males of this population spend their winters in the north Atlantic,” the authority said.

“During their migrations, individual animals mistakenly wind up in the shallow and nutrient-poor North Sea.”

The shallow water makes it difficult for them to use their acoustic orientation to navigate and many become beached.