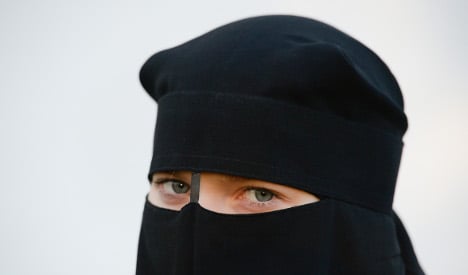 Stock image of a woman wearing a niqab. Photo: DPA.

The woman went to the Sparkasse bank in Neuss, North Rhine-Westphalia, last Wednesday to make a transfer, but an employee would not let her enter, reported the Neuss-Grevenbroicher Zeitung.

The 20-year-old woman said the bank employee stood in her way, blocking her from entering and asked her to leave.

She offered to remove the veil from her face in order to identify herself, but this apparently did not resolve the situation and it escalated into a loud confrontation.

The woman said the employee pushed her, leaving a mark on her body because she was carrying heavy shopping bags.

By the time police arrived, the woman had already left, but she later filed a complaint alleging bodily harm.

A spokesperson for Sparkasse Neuss denied the woman's version of events and said that the employee had simply tried to explain that the niqab – which covers the face and head, except for the eyes – violated the bank's ban on masks.

“It is incredibly important to us that this does not become a matter of religion, but of security,” said Sparkasse Neuss spokesman Stephan Meiser.

A sign near the bank’s entrance shows a crossed out motorcycle helmet to explain their no-mask policy, and it was this sign that the employee was trying to explain, the spokesman said.

The woman’s offer to remove her veil in a private room and show her ID in the presence of a female employee was not an option for the bank, the spokesman said, because of security concerns. He explained that this would present a risk to the employee if she had a weapon.

But a spokesman of Stadtsparkasse Düsseldorf told the Neuss-Grevenbroicher Zeitung that the bank allows women wearing religious coverings to be identified by a female employee in a separate room.

“If we assumed all customers had criminal intentions, we wouldn’t give out any more money,” said Stadtsparkasse Düsseldorf spokesman Gerd Meyer.

The woman's husband, who was born in Germany to a Turkish family, said the couple has made an appointment with a psychologist because of the incident. 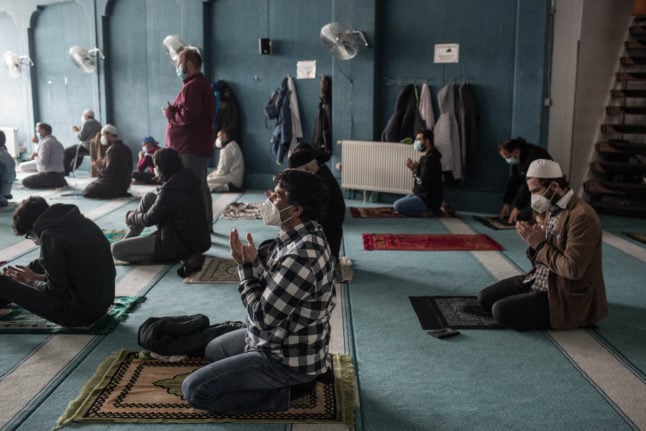