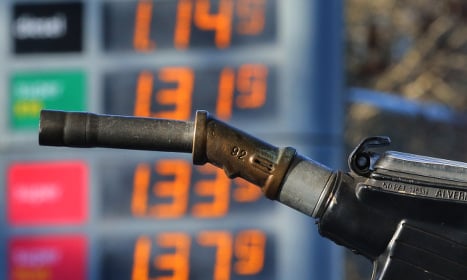 “If national budgets or the EU budget are insufficient, let's agree to set up, for instance, a tax of a certain amount on each litre of petrol,” Schaeuble said.

“This way we would have the means for a European response to the refugee issue,” he said, in an apparent reference to beefing up security at the European Union's outer borders in order to stop the migrant inflow.

“Finding a solution to the problem must not fail because of a lack of means.”

His petrol tax proposal however met with swift criticism even from within the ranks of his CDU conservative party — also that of Chancellor Angela Merkel.

The party's vice president Julia Kloeckner, who claims to have talked with Merkel, said such an idea was indefensible because it tells taxpayers that it's up to them “to pay the bill” for refugees.

A business group within the party accused the finance minister of indirectly campaigning against welcoming the refugees, while the government's coalition partner the left-wing SPD party warned about playing one faction against the other.

Schaeuble said it was the New Year's Eve mass sexual assaults in Cologne on women blamed on Arab and North African men that had stepped up the pressure to find “a solution to the problem of controlling the European Union's external borders.”

“The problem must be solved at a European level,” he said.

“Otherwise, it won't just be Germany that suffers the consequences, as some seem to think, but our neighbours will be massively affected too, as will the Balkans, and all the way down to Greece.”

Contacted by AFP, the German finance ministry stressed that Schaeuble's comments were aimed at speeding things up.

“Things are moving too slowly in Europe,”Schaeuble told the newspaper, adding that he fully backed Merkel's efforts to solve the challenges posed by the migrant crisis.

“I support, with the full force of my convictions, what the chancellor says: we need to solve the problem starting from Europe's external borders,” he said.

Otherwise, he added, “Europe will find itself in an even bigger crisis.”