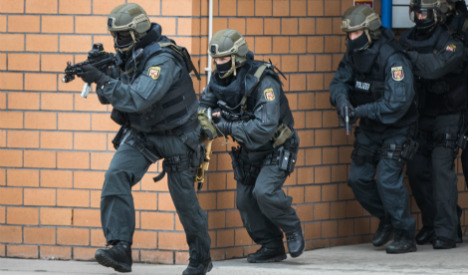 Prosecutors say they have sufficient evidence to launch a trial against the four – three men and one woman aged between 23 and 57 – who were arrested in May 2015.

The accused, “who are united by a right-oriented nationalistic worldview”, called themselves the Oldschool Society (OSS), prosecutors wrote in their statement.

After meeting online, the four organized themselves into a command structure led by a “president” and “vice-president”, as well as a treasurer who gathered money contributions and a “spokesman” who posted collective messages online.

While in their public communications the group stuck to unremarkable right-wing politics, prosecutors say that they were planning violence in private.

In internal, private messages and at in-person meetings, the group discussed manufacturing explosives and attacking Salafists and asylum seekers.

By January 2015, they were planning an attack with a concrete date in early May 2015.

“Concretely, the plan was to commit an explosive attack against an inhabited refugee accommodation centre,” the prosecutors said in their statement.

Based on the plan, two members of the group illegally secured pyrotechnics in the Czech Republic in early May which they planned to modify by adding nails or coating them in incendiary material.

But the group was arrested on May 6th in a huge operation by police special response units before they could carry out the assault, and have been in investigative custody ever since.

Their trial is set to take place before the upper state court in Munich.