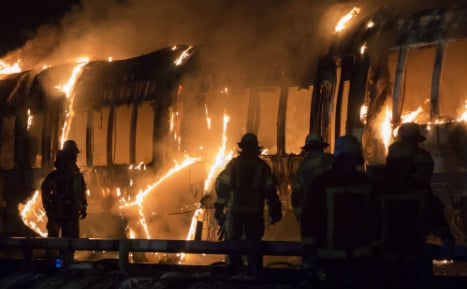 The fire started on the three carriage train just outside Wuhletal S-Bahn station. Eighty firefighters called to the scene were not able to quell the flames, Tagesspiegel reports.

No one was hurt in the fire, although a full trainload of 180 passengers had to be evacuated.

It is “highly likely” that the fire was caused by a short-circuit in the switch box.

It wasn’t until midnight that firefighters were able to completely dampen the flames.

And by midday the train was still standing on the tracks.

The removal of the train is expected to prove tricky due to the cold winter weather Berlin is currently experiencing.