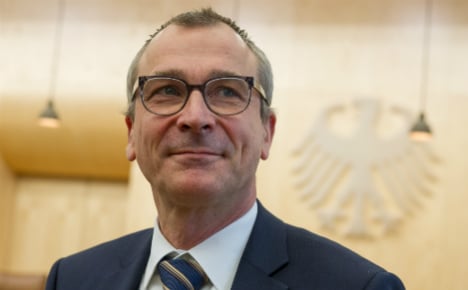 “The Pegida page is a Nazi waste bin in which hate and violence towards those who think differently can be freely expressed,” the politician said.

“Under one commentary about me, of the 430 comments 35 were death threats or violent fantasies, which didn’t come up against any resistance from those responsible for running the page,” he added.

Justice Minister Heiko Maas demanded a meaningful reaction, saying “calls to murder don’t belong on the internet, they belong in front of a judge.”

On Tuesday the comments were no longer to be found on the Pegida Facebook page.

Beck, who is interior affairs expert for the Green Party, claims to have evidence of threats by 18 individuals and accused Pegida of encouraging a spiral of hate, whereby extremists compete to say the most shocking things on their page.

The level of inhibition has dropped so far that some commenters have taken to publishing pictures of him and information about where he lives without fear of reprisal, the politician warned.

German secret services have warned in recent months that the likelihood of attacks on those who support refugees is on the rise, and several left-wing politicians have reported damage to their property which they suspect comes from the far right.

In Cologne soon-to-be mayor Henrietta Reker was stabbed and seriously wounded in mid-October by a man who claimed to be angered by her pro-refugee stance.