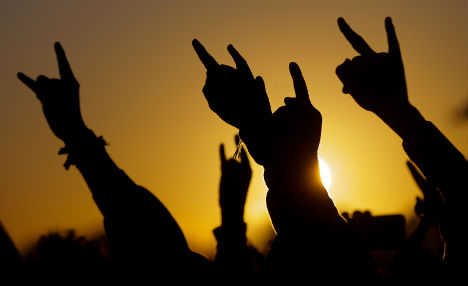 From metal festivals to crazy carnivals and hipper-than-thou book fairs, Germany is home to a huge variety of amazing events in 2016. Usher in the new year in style with the Berlin Festival Orchestra. They are putting on a concert of uplifting waltzes and polkas from the likes of Johan Strauss and Paul Linke in the world famous Berliner Philharmonie. The biggest street party in Germany is back again. Get your silly costumes out and prepare to party in the way only the Rhineland knows how.

Carnival season officially got going back in November. But the party really gets started on Thursday February 4th when things get wild. It doesn’t stop until the following Wednesday – so be prepared for one seriously sore head at the end of it. The pinnacle of German fine cuisine, this festival features some of the most innovative and creative chefs in the country. There are two months of events to whet the foodies' appetites. Don’t miss double Michelin-starred chef Christoph Rüffer’s demos in Hamburg on February 13th and 14th. What the Frankfurt Book Festival has in style, the Leipzig Book Festival more than makes up for in hipness. And while its name might be gaining weight throughout Europe, this is still the underground literature event that most of your friends have probably still never heard of.

What better way to welcome in the Spring than to browse the bookstalls of Germany’s ‘Capital of Cool’?

Hamburg celebrates its birthday, May 5–8th The harbour city will be 825 years old this year and it's putting on quite a party to celebrate. Over 1 million visitors are expected for a spectacular of ships new and old and a huge fireworks display to cap things off. If Oktoberfest has become just a bit too commercial for your tastes, head to charming Regensburg for a Volksfest which has stayed true to its roots.

There will be lederhosen and dirndls aplenty. Great beer will also be on offer, and the hearty, delicious food one only finds in Bavaria – and all in the setting of one of Germany’s most beautiful towns. The most fist pumping festival in Germany takes place on the first weekend of August every year near the small village of Wacken in Schleswig-Holstein. Now 25 years old, the festival has grown to attract around 75,000 heavy metal fans and some of the biggest names in the scene.

Things will get real loud, and on past record it could get pretty muddy too.

As the Germans like to say ‘It will be rocked.’ The very best windsurfers in the world will packing their sails and boards and making for the stunning North Sea island of Sylt in the Autumn for the high point of the high adrenaline water sport’s calendar.

Sylt is the northernmost place in the Bundesrepublik and has sandy beaches that stretch as far as the eye can see, making it perfect for surfing and a wonderful place to take in a mini-break when the days start closing in.