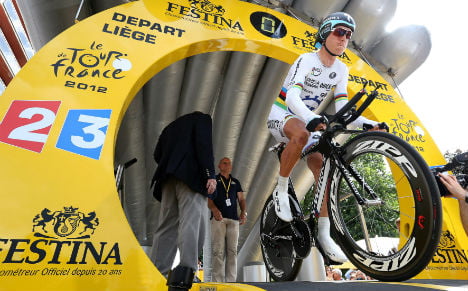 It will be the first time since 1987, when the race started in West Berlin, that the Grand Depart is to be held in Germany.

The competition also previously started in Cologne in 1965 and in Frankfurt am Main in 1980.

The speed of the decision has taken many by surprise, although it was already widely expected that Düsseldorf would be awarded the honour, reports regional newspaper Der Westen.

“The Grand Depart is a great chance for Düsseldorf, for marketing our city, for sport in Düsseldorf and for cycling in the city,” said city major Thomas Geisel.

Geisel also attempted to allay fears about the costs to the city of hosting the event.

“In the agreement between the city of Düsseldorf and the Tour organizers rules have been agreed upon which facilitate an attractive sponsoring arrangement for the local economy,” he said.

When the bid was voted upon in the city council, it passed by the skin of its teeth, gaining a majority of 40 votes to 39.

The event is set to cost around €6 million and was criticized in November by the German Cyclists' Federation (ADFC) for the high cost.

Speaking to The Local in November,  ADFC North Rhine Westphalia (NRW) spokeswoman Isabelle Klarenaar said “it's a nice big sporting celebration that will see a lot of money spent in the city and attract a lot of tourists, but it won't help people who cycle every day very much.”

The event will begin with the introduction of the teams on a Thursday in early July 2017. On the Friday there will be a training session open to the public before the first stage starts on the Saturday.

Exact dates have not yet been made public.