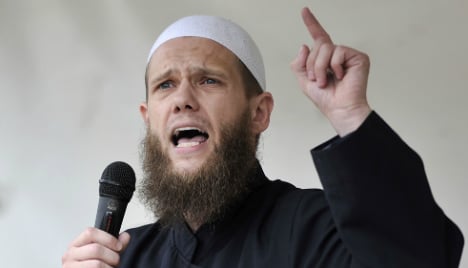 A spokeswoman for Germany's federal prosecutor's office confirmed to The Local that they had ordered Lau's arrest on Tuesday morning, as reported by Spiegel Online.

In a statement, the prosecutors said that Lau, 35, had been arrested on suspicion of acting on behalf of “Jaish al-mujahirin wa-l-ansar” (army of emigrants and helpers, or Jamwa).

That could make him culpable of supporting a foreign terrorist organization, a serious crime that carries a maximum sentence of up to 10 years in jail.

Lau is believed to have served as a point of contact for the group in the Düsseldorf region of western Germany, with a close relationship with another German convert who had travelled to Syria to join Jamwa.

He is suspected of recruiting two jihadists in summer 2013 to fight in Syria, before travelling to Syria himself in September 2013 and delivering €250 in cash to one of his recruits, identified as Ismail I.

Prosecutors further charge that Lau bought three night-vision devices with a total value of €1,440 and either brought them himself or sent them through Islamist contacts to Jamwa's base camp in Syria.

Lau will be brought before a judge on Tuesday who will decide on where he will be held in custody.

The convert shot to national fame earlier this year after founding the short-lived “Sharia police” initiative in Wuppertal, North Rhine-Westphalia.

The project to enforce his fundamentalist values in the Rhineland town was quickly put to an end by authorities.

But a court recently threw out a case against Lau and other members of the 'Sharia police' because they had not been wearing official uniforms and were therefore not committing any crime.