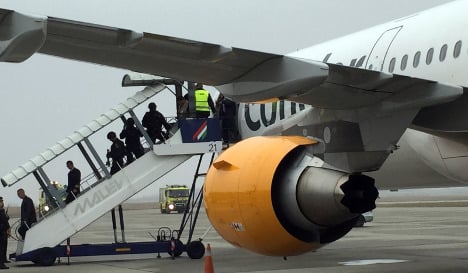 Passengers leaving the plane in Budapest after the flight had to make an emergency stop. Photo: DPA.

German media reported on Monday that a passenger plane flying from Berlin to the beach resort town of Hurghada, Egypt landed in Hungarian capital Budapest after a bomb threat was reported against the flight.

Police reportedly searched through the airplane, but found no explosives, according to Reuters.

The flight was CFG490 belonging to Condor Airlines and had left Berlin-Schönefeld airport on Monday morning at 9.22am and landed in Budapest at 11.42am.

Condor said that it had received an “unspecific” threat by telephone that led the company to make an emergency landing.

The airportal.hu website reported that on approaching Belgrade, pilots decided to turn back the Airbus A321-211 and land in Budapest.

A total of 133 passengers and seven crew members were on board.

“Condor is sending another airplane to Budapest to bring the passengers safely to their destination,” the airline said.
The LiveATC.net air radio traffic website reported that Hungarian fighter planes escorted the plane into the airport. Witnesses said firefighters and ambulances rushed to the aircraft after it landed.

The aircraft appeared to still be on the ground at Budapest's Ferenc Lizst airport at 2.30pm on Monday, according to flight tracking website FlightTracker24.

Security services are on high alert for planes to and from Egypt after the downing of a Russian airliner returning from Sharm el-Sheikh on October 31st with 224 people on board. 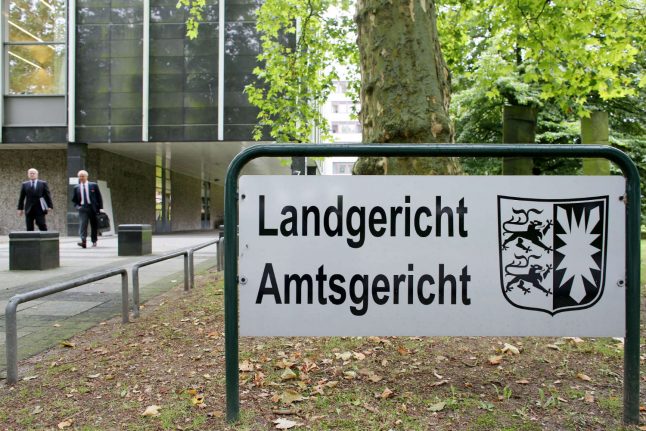