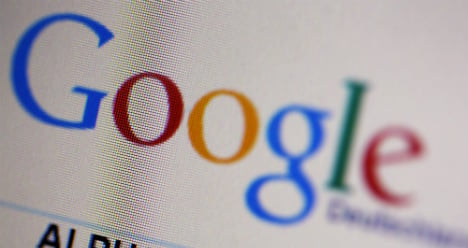 Silicon Valley-based Google, a subsidiary of newly-created parent company Alphabet, complied with less that half of the demands, basing decisions on criteria intended to balance privacy with the public's right to know.

A report released on Wednesday by Google showed that the top country for requests was France, where the Internet giant is in a standoff with data protection officials.

France was the country with the top number of requests, accounting for 73,399 applications aimed at nearly a quarter of a million URLs, followed by Germany with 60,198 requests concerning 220,589 URLs.

A European Court of Justice ruling in May 2014 recognizing the “right to be forgotten” on the net opened the door for Google users to ask the search engine to remove results about them that are inaccurate or no longer relevant.

Google set up an online form that people in Europe can fill out to ask for information to be excluded from search results.

Similar processes have been put in place to ask to be forgotten by Microsoft's Bing search engine that also powers queries at Yahoo.

It is the Internet companies themselves who get to decide which requests to grant.

Microsoft previously disclosed that in the first half of this year it got 3,546 requests that online information be forgotten by Bing, granting half of them.

In the report released on Wednesday, Google said that right-to-be-forgotten requests have targeted slightly more than 1.23 million Internet pages (URLs), and that it agreed to remove 42 percent of them from online search results in Europe.

In Germany, Google granted 48.2 percent of the takedown requests, a similar level to France but much higher than the UK, Spain or Italy.

A Google outline of scenarios leading to information being forgotten in searches included pages with content solely about someone's health, race, religion or sexual orientation.

Common causes for “delisting” pages also included criminal convictions regarding children or stories focusing on criminal charges that were subsequently overturned by courts.

Google said that it had endorsed requests from crime victims or their families to remove from search results news reports of rapes, murders or other assaults.

“We may decline to delist if we determined that the page contains information which is strongly in the public interest,” Google said in an online post.

“Determining whether content is in the public interest is complex and may mean considering many diverse factors.”

The list of factors included whether content relates to the petitioner's professional life, a past crime, political office, position in public life, or whether the content itself is self-authored content, government documents, or journalistic in nature, according to Google.

Facebook was the top online spot where people wanted information forgotten from searches, with a total of 10,220 URLs removed, according to Google.

The second most common venue for removals was profileengine.com, with 7,986 links to the people-focused search engine removed from Google search results, the report indicated.