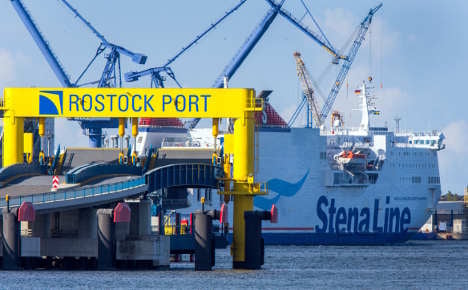 An official for the interior ministry in Mecklenburg Western Pomerania (MVP) confirmed to The Local on Thursday evening that ships are one option under consideration.

“We are weighing up the possibility of using ships as we look at appropriate methods of housing refugees,“ the spokesperson said.

According to the Ostsee-Zeitung, authorities in MVP have already traveled to Greece and Italy looking to buy old cruise liners and ferries.

A study released earlier in the week – which claimed Germany is short of 370,000 beds for refugees – laid bare the extent of the problems states face in finding suitable accommodation.

Germany's challenge was also exacerbated this week when Sweden, a country which previously had one of the most generous refugee policies alongside Germany, announced it was re-establishing border controls.

But the interior ministry official said that “no extra pressure” had been placed on the state because of Sweden's decision and added that they have “adequate capacity” to house refugees.

He said that ships were being considered due to their capacity to house large quantities of people, because they are easily heatable during the winter, and because they would not take long to convert for the purpose.

“Containers [often used to house refugees] are being sold for ten times their normal price, while refurbishing other buildings to house refugees can take up to six months, so there is a logic to it,“ he said.

But Ulrike Seemann-Katz of the Refugee Council in MVP told The Local that there is a shortage of beds for refugees in the state, especially in Rostock, the state capital and largest city.

She also stressed, though, that putting refugees on boats has its merits.

Seemann-Katz also addressed concerns that living on water could stir up trauma among refugees who went through dangerous crossings of the Mediterranean.

“If they don't want to live on the boats then they shouldn't have to,” she said. “But not all refugees have a fear of water – and these boats will be tied up in harbour. They won't be on the open sea.“