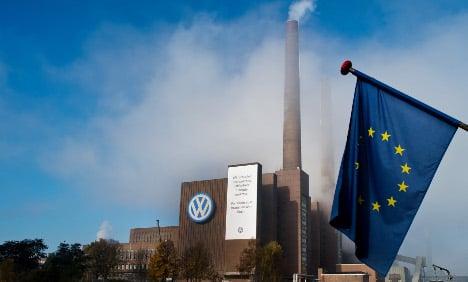 “Officials from the EU informed the US environment group ICCT about the possible cheating on nitrogen oxide emissions,” Mary Nichols, who heads the California Air Resources Board, told WirtschaftsWoche.

The weekly reported that the European Commission had been told by a Volkswagen supplier of the cheating as early as in 2011.

But the commission failed to act, prompting frustrated officials to pass the information on to US-based environmental group The International Council on Clean Transportation which in turn informed US authorities.

“If this information is confirmed, that means that the former and current industry commissioners, respectively (Antonio) Tajani and (Elzbieta) Bienkowska, had hidden the facts and lied before the European Parliament,” said two Greens European lawmakers Yannick Jadot and Karima Delli in a joint statement.

Volkswagen is engulfed in the biggest crisis of its history over its admission that it had fitted 11 million vehicles with devices designed to cheat pollution tests.

The so-called defeat devices turn on pollution controls when the car is undergoing testing, and off when it is back on the road, allowing it to spew out harmful levels of nitrogen oxide.

The revelations have sparked investigations in several countries but they turned out to only be the beginning as Volkswagen last week admitted that it also understated carbon emissions, for 800,000 vehicles.