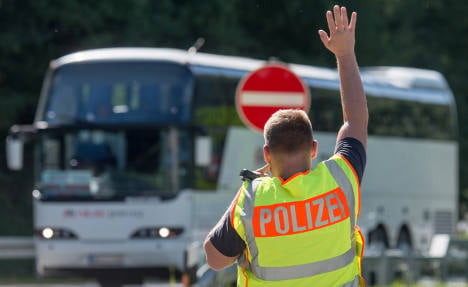 Berlin, which started to implement the controls on September 13th, has told the European Commission it will maintain them until October 31st as “the situation at the border is such that we cannot do without them”, a ministry spokeswoman told news agency AFP.

“We need to return to an orderly handling of refugee policy.”

In the passport-free Schengen Area of 26 European countries, members can temporarily reinstate border controls with other member states if they cite a security threat or exceptional circumstances.

Members can reinstate the border controls for ten days and then maintain them for “renewable periods” of up to 20 days, for a maximum total of two months.

Germany, the EU's most populous country and top economy, has taken in the largest share of migrants arriving in Europe to escape war and poverty, with total numbers expected to reach 800,000 to one million this year.

Chancellor Angela Merkel has urged the country to welcome the newcomers and help quickly integrate them, but has faced harsh criticism and falling approval ratings amid rising fears about the burden the refugee wave poses for Germany.

In the southern state of Bavaria — the main gateway for migrants travelling through the Balkans and Austria — state premier Horst Seehofer has proposed setting up 'transit zones' where migrants would be held while their asylum claims are assessed.

The centre-left Social Democrats, partners in Merkel's coalition government, have voiced scepticism, arguing they would amount to “large detention centres in no-mans land”.