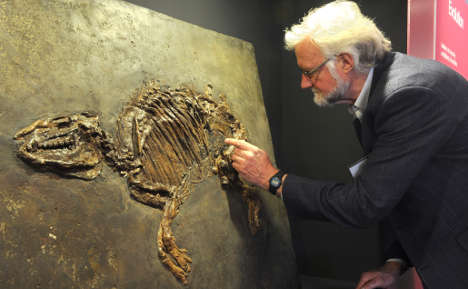 The fossilized horse at a 2013 exhibition. Photo: DPA

The fossil was discovered in 2000, but the scientific analysis was only now completed and published in the open-access journal PLOS One.

The animal was an early relative of the modern horse — known as Eurohippus messelensis — and would have been about the size of a small dog.

The fetus is about five inches (12.5 centimeters) long and is mostly intact, except for a crushed skull.

Scientists believe the mother may have died shortly before she was due to give birth, but that her death was not linked to her pregnancy.

In addition to skeletal remains, researchers “found preserved soft tissue, like the uteroplacenta and one broad uterine ligament, which may represent the earliest fossil record of the uterine system of a placental mammal,” said the study.

The finding suggests that the reproductive system of horses has changed little over the course of tens of millions of years. 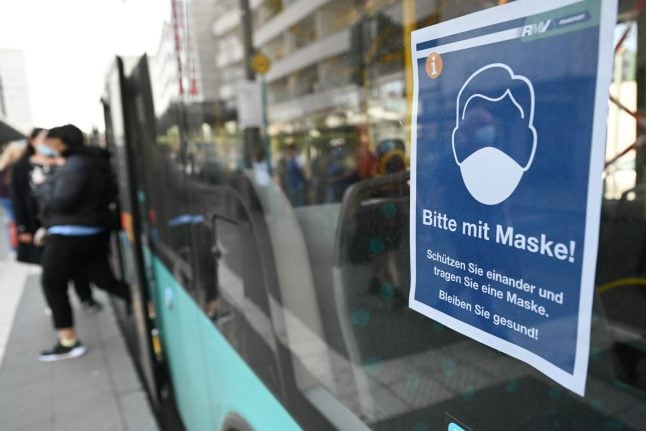 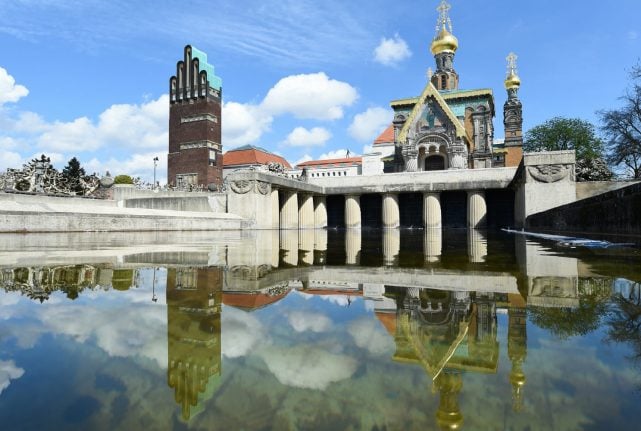 STUDY
Why Berlin, Fürth and Darmstadt are among Germany’s ‘best performing’ cities
Url copied to clipboard!