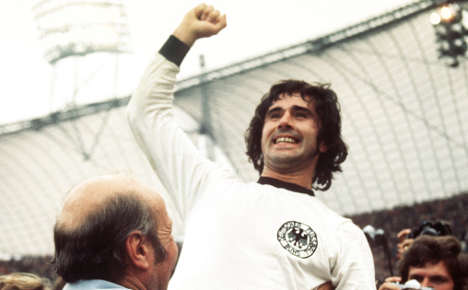 Müller was the most feared striker in world football in the 1970s, scoring a phenomenal 68 goals in 62 games for West Germany as they won the 1972 European Championships and the 1974 World Cup.

A Bayern press release said Müller, who will be 70 in November, had been receiving treatment for the condition since February.

Club president Karl-Heinz Rummenigge said Müller, who earned the nickname 'Der Bomber', had changed the history of the national game.

“Gerd Müller is one of the greats of world football. Without his goals Bayern Munich and Germany would not be where they are now,” he said.

Müller played 15 seasons with Bayern, where he won three European Cups between 1974-1976 and scored an astonishing 533 goals.

Alzheimer's is a chronic and incurable neurodegenerative disease which begins with memory loss and language problems and whose sufferers have an average life expectancy of between three and nine years.