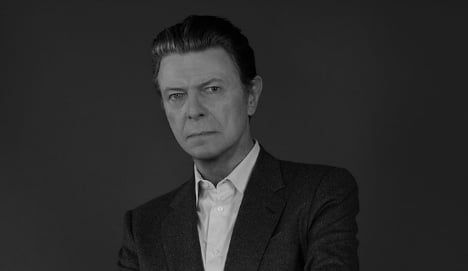 David Bowie – Where Are We Now

This melancholy 2012 release looks back at the time Bowie spent living and creating music in the West Berlin district of Schöneberg in the late 1970s.

Bowie remembers the places and bars he used to visit – and the awesome sight 10 years on when “twenty thousand people / Cross Böse Brücke” – the place where the Berlin Wall was first opened in 1989.

The husky voiced American purveyor of all that is seedy and dark in life must have felt right at home in Hamburg's red light district. And his lyrics wonderful capture the excess and sleaze of the famed Reeperbahn.

'Filled with needles and with fools/ the memories are short but the takes are long/ when you're in the Reeperbahn' he croaks.

Waits is far from the only singer to draw inspiration from the brothels and clubs of the harbour city. Elvis Costello, Van Morrision and Runrig have all also been affected enough by their experiences there to write about it.

This song was inspired by one of the world's first jet planes, the Messerschmidt Me 262, and its last-ditch defence of the German skies against Allied bombers in the final months of the Second World War.

BOC name-check Westphalia and Freiburg – although neither have much of a connection to designer Willy Messerschmidt or his planes, which were built at the former Bayerische Flugzeugwerke in Bavaria.

It's also one of the first songs (1974) ever to use the phrase “heavy metal” – although Steppenwolf got there before anyone in 1968.

A 1964 song by French singer Barbara – who was Jewish and had to hide from the Nazis during the occupation of France – was composed during a visit to the eponymous central German city.

It became one of her best-known works at a time when Germany and France were rebuilding their relationship after the Second World War and sold many thousands of copies in Germany.

Danish group Infernal had an instant classic on their hands with the 2005 release of “From Paris to Berlin”, which stormed European charts over the following two years, reaching number one in Denmark and number two in the UK and Ireland.

It was even re-recorded as “From London to Berlin” for England fans with high hopes for the 2006 World Cup in Germany.

US-based Beirut released Prenzlauerberg – named after the northeast Berlin district – as part of their first album, Gulag Orkestar, whose front and back covers were torn out of a library book in Leipzig.

Clearly big fans of Deutschland, Beirut also have songs called Rhineland and Brandenburg on their break out album.

They name check the East Side Gallery and even pull out a bit of Deutsch, talking about crying in the old Bahnhof – so one more word of German than most London hipsters who actually live in Berlin then.

Unsurprisingly Berlin's most famous counterculture neighbourhood crops up in quite a few recent odes. We particularly like the lyric 'Kreuz is German for Williams' from folk-punk band Andrew Jackson Jihad – the lyrics is apparently a reference to the similarity to Brooklyn's hipster district Williamsburg.

In this song the American singer-songwriter mopes about in a hotel in Cologne after separating from a lover at the western city's train station.

Folds seems aware of that of the fact that he's not used the German name of the town, singing 'Here in Cologne – I know I said it wrong.'

Peaches and Iggy Pop – Kick It

We couldn't include Bowie without having his old friend Iggy along for the ride. In this 2003 single he collaborates with Peaches – also based in the German capital – for a rock-n-roll rant that ends with “make your way to Berlin”.

The American singer/songwriter gives listeners a tour of Europe in this 2006 release, stopping off in Düsseldorf, Frankfurt and Berlin along the way. The song featured on the bonus disc of Spektor's 2006 album Begin to Hope, which was named the 21st best album of the year by Rolling Stone.

SEE ALSO: What expats love – and hate – about Germany