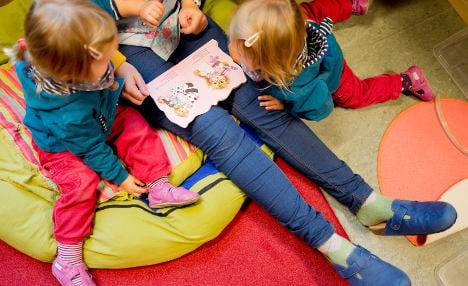 Quality of childcare is one thing that impresses expats in Germany. Photo: DPA

Based on interviews with almost 22,000 expats, the HSBC Expat Explorer Survey is one of the largest independent expat surveys across the globe.

Commissioned by HSBC Expat and conducted by YouGov, the survey ranks 39 different countries on various aspects of work and play.

As well as inviting HSBC customers to take part, the pollsters contacted online communities and expat social media sites to make the survey as inclusive as possible.

But like all countries, Germany has its highs and lows. We took a look at what expats are loving and hating about life over here in the Federal Republic.

Economic confidence (1st out of 39) Perhaps unsurprisingly, Germany did well in many aspects of the economics category – and while Singapore and Switzerland also scored highly here, Germany topped the charts when it came to economic confidence.

However, the recent Volkswagen emissions scandal could overturn some of expats' confidence in the German economy, which is closely tied in with the country's automobile sector. Expats in Germany aren't facing too many sleepless nights worrying about the job security, the survey suggests. And with good reason, perhaps – in May and June 2015 German unemployment levels fell to their lowest since reunification in 1990.

But the one country to beat Germany in the job security stakes, in spite of its 7% unemployment rate last month? Sweden. Childcare has been a topic of hot debate in Germany in recent months – from the scrapping of a controversial law in July which granted €150 a month to parents who didn't place their children in childcare, to daycare and social workers' strikes in August.

In Germany, children attend Kindergarten between the ages of 3 and 6. Before that, many parents opt to place their toddlers in nursery schools or at-home daycare.

And according to this survey, expats are generally pretty pleased with the quality of German childcare – only Sweden and Singapore pipped Germany to the post in this category. Over half of expats see this as the most important factor in feeling at home in their new country, according to HSBC's findings – so it's disappointing that Germany scored so low in the making friends department.

In spite of the popular German Lederhosen-wearing and beer-drinking stereotypes that are especially prevalent in Oktoberfest season, there apparently aren't many countries less friendly than Germany.

Among them, though, are France, Japan and – taking last place – Sweden. Germany also didn't come out looking too good in the property stakes.

Last month, the Institute for the Germany Economy (IW) warned that too few new flats and houses are being built in Germany's largest cities.

And with an influx of migration seeing Germany's population rise by almost half a million in 2014, it looks like demand is only going to increase.

Germany was still one place ahead of the UK in this respect, though. But in the top spots were Thailand (1st), Bahrain (2nd) and Spain (3rd). This might come as a bit of a surprise, considering Berlin's growing reputation as one of Europe's leading startup cities.

Perhaps the rest of Germany ought to take note, though – because today's entrepreneurs would much rather jet off to New Zealand, Hong Kong or Singapore, which scooped 1st, 2nd and 3rd in this category respectively.

The UK and USA also fared better than Germany when it comes to entrepreneurial spirit – the UK came 9th in the table, while the USA claimed 4th spot.

SEE ALSO: Are you a typical expat living in Germany?