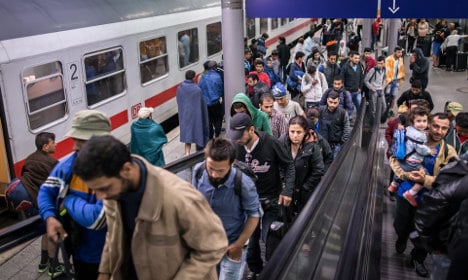 “The federal government has put a paper on the table. I'm very certain that they are well aware that in the end it won't be enough,” Hannelore Kraft, minister-president of North Rhine-Westphalia (NRW), told the Westdeutsche Allgemeine Zeitung (WAZ).

Top civil servants from each German state will meet at the Chancellery in Berlin on Wednesday to discuss how they will deal with the refugee crisis, with all 16 minister-presidents set to make the same trip on Thursday.

Kraft is just the tip of the iceberg when it comes to grumbling among state leaders, with several others ready to follow her.

Federal instructions to increase refugees' maximum stay in emergency accommodation to six months would mean states had to create huge numbers of places, something they “couldn't manage at the moment”, Thuringia minister-president Bodo Ramelow told WAZ.

And Lower Saxony minister-president Stephan Weil warned that the government's biggest priority should be to speed up the asylum process.

But it's the NRW state leader who has the most complaints.

Kraft believes that more than 800,000 people will apply for asylum in Germany this year – saying that the numbers arriving in recent days show that federal government plans agreed last weekend are already obsolete.

Despite support from Berlin mayor Michael Müller, the Chancellery has so far refused to listen to Kraft's warnings, calling them “completely illusory”.