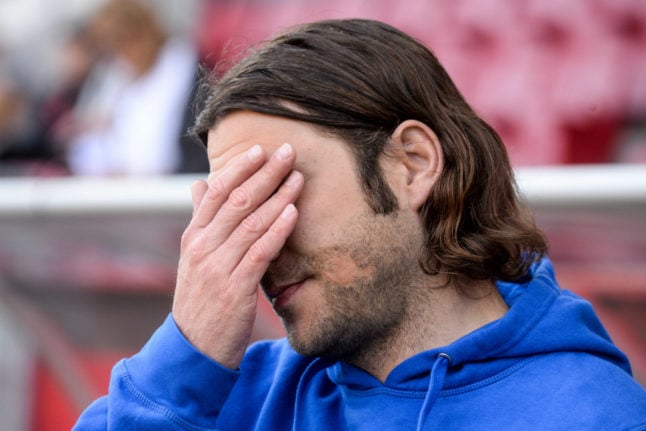 The mutual exchange of the German and English languages have led to such great developments as Anglos saying Doppelgänger or Wanderlust – and of course the wonder of Denglisch.

But there are some English words that Germans have adopted into their vernacular – and then proceeded to mutate their meanings beyond recognition.

The Local brings you some of these often absurd mix-ups. What to English-speakers means the sack in which one sticks a corpse is actually to Germans something entirely different.

Google Bodybag in Germany and police might not find your search history suspicious at all, thinking you were just looking for a hip new messenger bag, rather than finding somewhere to stash your latest victim. Another quite grim misuse of English is the term Public Viewing.

When grandmother dies in the English-speaking world, you might be invited to her public viewing to say your last goodbyes before she’s buried.

But in Germany, getting an invitation to a Public Viewing means donning more colourful attire than black. The term actually refers to a public broadcast of a sports match or other big event. True, at times “shitstorm” may be the only apt way to describe a horribly messed up or controversial situation in English. But while the word fits well in banter among friends, it’s certainly not a word to use in polite conversation or in any formal setting.

That’s not the case in Germany. Shitstorm is a favourite phrase among mainstream, daytime news broadcasters, as well as tabloids like Bild and even the nation’s most respected publications like Der Spiegel.

The word was even dubbed the “best English gift to the German language” in 2012 as the Anglicism of the Year by a group of language experts. In English, if someone is “working the streets”, they are certainly doing social outreach of some sort, but probably not what Germans have in mind. You might also understandably think the term refers to people who perform road repairs.

But a Streetworker in Germany is a social worker who conducts outreach programmes with people who otherwise may not receive health services, such as homeless people, drug addicts or youth members of gangs.

While in English the phrase “street worker” could also sometimes refer to social workers, English-speakers may more commonly assume the term refers to prostitutes, especially since it sounds a lot like “streetwalker”. This Anglicism actually does make literal sense, though it may still be a head-scratcher for native English speakers.

In German, a Castingshow is any sort of talent show where people audition and compete as singers, dancers, models or otherwise – like American Idol or Next Top Model.

English-speakers would tend to call these kinds of programmes reality shows, but what’s the point in correcting Germans now? Germans are known for their excessively long words, but sometimes – surprisingly – they will take English words and simplify them into something that doesn’t quite make sense to Anglos.

That’s apparently how the German word Smoking came to be, meaning a tuxedo or formal dinner jacket, not the act of puffing on a cigarette.

DON’T MISS: Ten of the longest words in German

The English term “smoking jacket” actually refers to jackets worn while smoking tobacco, though these garments were traditionally made from velvet or silk. If a German friend starts bragging about their nice new Beamer, don’t get too excited for them – it’s not a brand new BMW.

The word actually means projector in German and is derived from the English word beam, as in beam of light.

So when said friend invites you over to check out the Beamer, bringing popcorn is perhaps more advisable than getting ready for a joyride along the Autobahn.