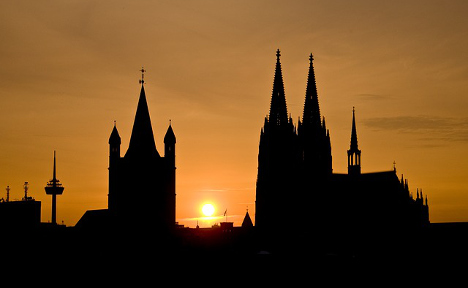 A study carried out by a Münster University research group questioned around 12,400 Catholics in 42 different countries.

The questions ranged from views on divorce, same-sex marriage and celibacy to whether women should be allowed to become deacons. The results could come as a surprise for some.

Over two-thirds – 70 percent – of Catholics surveyed in Germany wanted same-sex marriages to be recognized and blessed by the church.

The poll comes after a push just a few months ago from a laypeople's organization calling on bishops to bless same-sex couples.

This puts Germany in stark contrast with Poland, southern Europe and Brazil, where the majority of those surveyed were against homosexual marriage.

German Catholics were more in line with those elsewhere in their views on priests.

Eighty-five per cent of those surveyed thought priests should choose whether or not to remain celibate. This figure was similar in most other countries, excluding Poland and southern Europe.

Even among those Catholics who were fundamentally in favour of celibacy, a quarter thought priests should have the choice whether or not to follow this lifestyle.

The vast majority of Catholics in Germany were also in favour of female deacons, with 87 per cent stating that women should be allowed to take on this role.

In the Catholic Church, deacons assist bishops, and have numerous roles including teaching and distribution of food. But the role is still not equivalent to that of a priest.

Are remarried divorcees living in sin?

Only around 10 percent of the 7,900 Catholics surveyed in Germany thought divorcees who remarried should be excluded from communion – a subject currently under debate in the Vatican.

Catholic teaching states that divorcees who remarry without having had their first marriage annulled are living in sin, making them ineligible for communion.

However, Pope Francis has begun a high-level debate about whether this can be altered – and in December last year, the head of the German Bishops' Conference announced that German bishops were in favour of allowing remarried divorcees to receive communion under certain conditions.

According to this latest study, around 90 per cent of Catholics in Germany agree.

A 'black and white' church

Almost 80 per cent of those interviewed in Germany said they attend church more than once a month.

Yet according to those leading the survey, the Catholics questioned saw the church as “black and white” and unworldly when it comes to making judgments.

However, many appreciated Pope Francis' efforts to adapt certain aspects of religious teaching and theology.

Since his selection in 2013, Pope Francis has made moves to challenge numerous areas within the Catholic Church.

From criticizing the church for its “obsession” with same-sex marriage, birth control and abortion to pushing for greater action on climate change, the Argentinean has divided opinion both within and outside of the church.

The questions asked by Münster researchers in this new study were based on a questionnaire that Pope Francis himself sent to bishops worldwide ahead of last autumn's Synod on the Family.