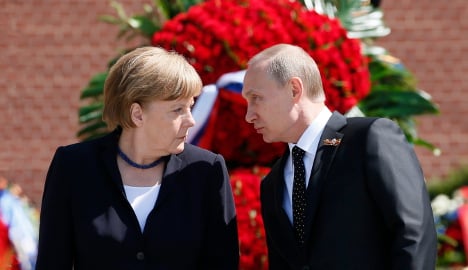 A poll by Pew Research Center released on Wednesday showed that the percentage of Germans who viewed Russia positively dropped from half the population in 2010 to 27 percent this year.

Though the number of Germans who liked Russia actually saw a bump over the past year, up from a low in 2014 of 19 percent favourability, the general trend has been on a downward path since even before the Ukraine conflict began to escalate in 2014 with the Russian annexation of Crimea.

German Chancellor Angela Merkel has played an active role in negotiations with Russia and Ukraine in mediating tensions between Russia and the Ukraine.

Of the European countries surveyed, Poland had the most negative views of Russia, with 80 percent saying they had an unfavourable opinion of the country compared to just 15 percent with positive views.

Germany expressed the fourth-highest percentage of dislike for Russia at 70 percent, tied with France.

Even more Germans expressed disapproval of Putin, with 76 percent saying they had an unfavourable opinion of the Russian President.

Spain held the most negative views of the Russian leader with 92 percent expressing dislike of Putin and only 6 percent reporting favourability.