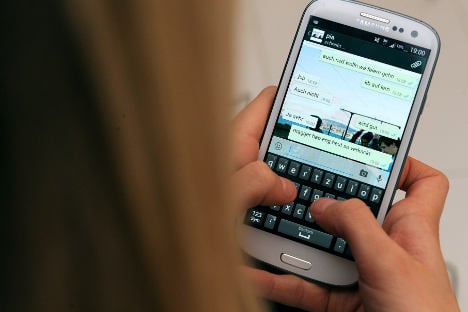 The drug commissioner, Marlene Mortler of the Christian Social Union (CSU) wants pediatricians to pay more attention to early indicators that a child is developing an addiction to using the internet.

“It is important for us to spread targeted information on time,” Mortler told Tagesspiegel.

With help from doctors, families' ability to control children's access to the internet needs to be reinforced “in order to prevent addiction developing at a later time,” she argued.

Mortler is basing her proposal on the preliminary results of the BLIKK-Medien project, a study carried out by the drug commission in cooperation with the National Association of Pediatricians and the Institute for Medical Economy and Medical Research in Cologne.

The research shows that 60 percent of nine to ten-year-olds cannot go for longer than half an hour without interacting with a computer or smartphone screen.

About half of all the parents who the doctors questions also admitted they are ill-equipped to understand how best to bring their children up in the digital world.

Another attention-grabbing assertion of the research is that 40 percent of all 13-year-olds who participated in the study have difficulty concentrating.

Other results might come as less of a shock. “Numerous parents complained that their children prefer surfing the internet to reading books,” writes Taggespiegel.

What steps the government might plan for treatment are not yet clear.

There are over half a million people in Germany addicted to the internet according to the most recent report available on the drug commissioner's website.

While that number is less than one percent of the population, four percent of all those between the ages of 14-16 are addicted to the internet, claims the report.

There is also little difference to be found between the sexes. While teenage boys are more likely to play games online, girls are hooked on social networks.

Internet addiction was first classified as an illness in China in 2008. An Israeli documentary released in 2011 showed children sent to boot camps, where they underwent strenuous physical tasks to try and cure them of their addiction.