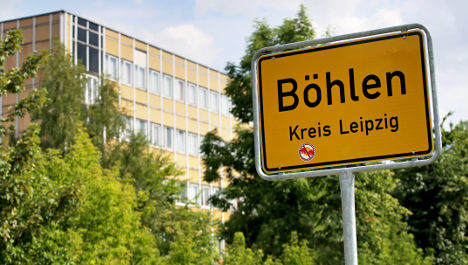 The hostel – lodged in a hotel run by a former official of the far-right Republican (REP) party – was home to around 150 asylum seekers at the time, reported Mitteldeutscher Rundfunk.

However, while a window pane and parts of the building's façade were broken in the attack, no-one was injured, a spokesperson for Leipzig police force said on Wednesday.

While the investigation is underway, police have decided not to reveal what kind of weapons were used in the attacks – which occurred on Saturday and Sunday, both shortly after midnight.

“We have once again reached a new and appalling level of violence against refugees in Saxony,” said Juliane Nagel, Left party spokesperson for migration policy.

Those attacking the hostel must surely have anticipated that people would be injured or even killed in the assault, she continued.

“We explicitly condemn every form of violence towards asylum seekers,” said Uwe Wurlitzer, Manager of the Alternative for Germany (AfD) party group in the Saxon state parliament.

“We hope that those responsible will quickly be caught and brought to justice.”

The hostel owners were approached for comment on Wednesday, but did not want to speak about the incident.

The attack follows a string of violence against refugee hostels in recent months – both in Saxony and across the whole of Germany.

At the end of June, planned accommodation for refugees came under arson attack in the Saxon city of Meissen, near Dresden, and on June 3rd a firebomb was thrown at a refugee hostel in Hoyerswerda.

According to police, three men later confessed to this previous attack – claiming they wanted to take a stand against immigration in the region.

The perpetrators of this latest attack remain unknown.