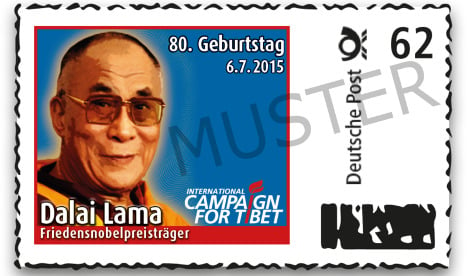 “The Dalai Lama is very highly valued in Germany, not least because he stands up for peace and justice in the world,” Kai Müller, chief of the German branch of the International Campaign for Tibet (ICT), said in a statement.

“We want to show that with this stamp and we're glad to be able to offer it in Germany.”

A spokesman for Deutsche Post told The Local that the stamp was a custom printing ordered by ICT and “not an official stamp of the Federal Republic of Germany”.

Nevertheless, the stamp can be used legally to send letters, with a face value of 62 cents.

ICT Germany were quick to turn the stamp to a political purpose on Friday, announcing on Twitter that they had used it to post a letter to the Chinese ambassador in Berlin.

First letter using the stamp recognizing the #DalaiLama going out today to the Chinese ambassador in Berlin #Tibet pic.twitter.com/cS7ebVInQT 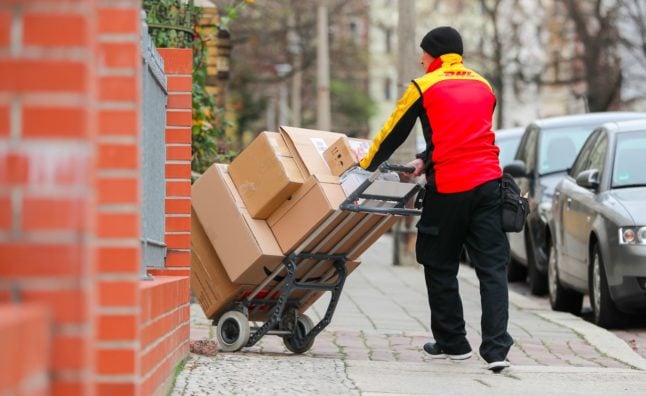