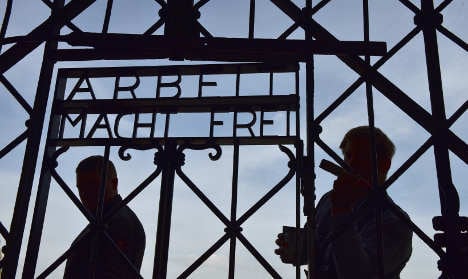 “All of us here are completely appalled,” Günter Morsch, the head of the Sachsenhausen Memorial – the trust for Sachsenhausen concentration camp, told Die Zeit

“This is most definitely no place for video games,” he added.

The game called “Ingress” was created by Niantic Labs, a Google-owned start-up. In it users fight for control of stretches of land in the real world using their smart phones.

The science fiction-based game requires that competitors go to real world locations where they can vie for control over 'portals', points on a map visible to smartphones which give players power in the game scenario.

At one time Sachshausen concentration camp, just north of Berlin, contained over 70 of these portals.

Google has since removed the portals from the more well-known camps, although the cemetery in Dachau is still incorporated in the game, as are extermination camps at Auschwitz in Poland.

“We strongly object to parts of the Dachau concentration camp being chosen as locations for the video game Ingress,” Jean-Michel Thomas, president of the Comité Internationale de Dachau told Die Zeit. “We demand that this desecration be banned.”

Explaining why the portals existed in such historically sensitive locations, Google told the Hamburg-based weekly “these special portals are of significant historical value and they were established by players for that reason.”