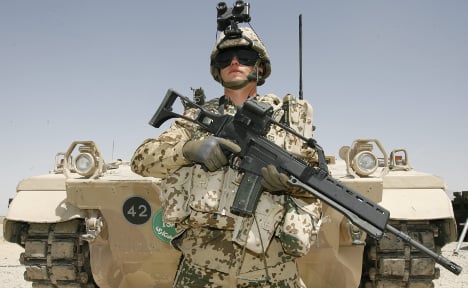 “Quality and quantity of equipment is a central theme” of his work as the Bundestag (German parliament) expert on military issues, Bartels told Die Welt.

He noted that German troops had recently taken part in the first exercises in Poland by a new Nato rapid-reaction force created in response to Russian interference in Ukraine.

But “the equipment [for that exercise] had to be scraped together from across the whole army”.

“This kind of scarcity management has to be brought to an end as quickly as possible, given the dramatically changed security policy situation,” he said.

According to Bartels, Germany is “not really” ready to take a leading role in supplying men and equipment for the Nato “spearhead”.

That's because years of low spending by politicians forced the Bundeswehr to create a “dynamic availability management system” – where only 70 percent of the equipment that would be needed for the whole army is in circulation at any one time.

In recent months, this has created embarrassing situations like soldiers using broomsticks as machine guns during Nato exercises.

“We need to comprehensively build up our ability to take part in collective defence in Europe… for that we need to be completely equipped.”

That will be a costly project, as the army is short on both huge, costly machines such as Leopard II battle tanks and on individual soldiers' gear such as night-vision goggles.

For Bartels, an increase in the military budget from around €33 billion this year to €35 billion in 2019 means that “the shrinkage has been stopped,” putting an end to the post-Cold War squeezing of the Bundeswehr from 20 percent of federal spending to 10 percent.

But “in future the defence budget should grow in line with GDP. Some of the additional tax revenues have to go to the Bundeswehr,” he said.

That will enable Germany to head once more towards the Nato target of 2 percent of GDP spent on the military – although Bartels only named 1.3 percent of GDP as a concrete figure “to be aimed for in the medium term”.