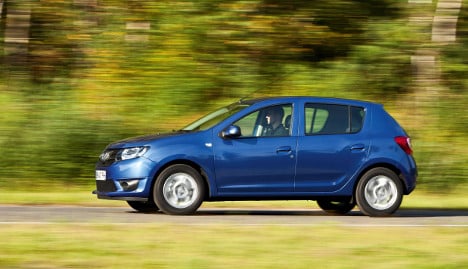 Photo not of suspect. Photo: DPA

Booked through Blablacar, one of the leading car sharing sites and apps in Europe, the nightmare began when the driver picked up the woman at 9.30 am at the end of her visit to Hagen, the Westdeutsche Allgemeine Zeitung (WAZ) reported on Thursday.

Instead of taking her to Vienna, the driver of the blue Dacia Logan took her to Cologne to make a stop.

There he pressured her into delivering a box to a kiosk, threatening to throw her out of the car if she refused. Unfortunately her mobile phone was also not working, so she couldn't contact anyone.

Intimidated, the woman agreed and stayed in the car during the hours-long drive to Munich, where she had to deliver another box in front of a flower shop.

She managed to have a look inside the box and saw several bags of white powder.

Meanwhile, the friend she had been visiting in Hagen called the police, as she hadn't received a text confirming the woman was back in Austria as the two had previously arranged.

The police managed to get in contact with the suspect, who originally denied having the woman in the car with him and ignored later calls.

Her ordeal came to an end at 4.30pm — seven hours later than she expected to be home — when he dropped her off in Vienna, but not at the originally agreed destination, where police were also lying in wait.

The young woman told WAZ that she would pay the heftier fee for a train or plane ticket next time, rather than risk another trip with the car-sharing service.

Police are currently looking for the Romanian man, who Blablacar said has been removed from the site index.