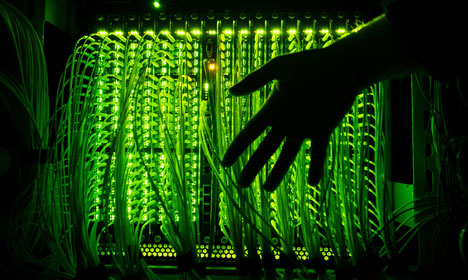 The separate investigations follow reports that Germany's BND spy agency helped the US National Security Agency amass a trove of data on targets in Europe, including the French government, European Commission and Airbus Group.

“If it should emerge that the reports of wide-scale eavesdropping by the German secret services are correct, Germany will have to provide an explanation,” Belgium's Telecoms Minister Alexander de Croo said in a statement.

The claims — and questions of how much the office of Chancellor Angela Merkel knew about the reported joint spying — have occupied German politics and media for weeks, and are subject to two parliamentary inquests.

But the scandal is fast gaining pace across Europe, led by furious lawmakers from countries that reportedly fell victim to German spies.

“German authorities should cooperate with their European partners and not with the NSA,” Peter Pilz, an Austrian European MP from the Greens party told AFP.

“We have to change Germany's focus in terms of intelligence cooperation, we have to bring them back to Europe.”

Austria's government earlier this month filed a legal complaint against an unnamed party concerning “secret intelligence to the detriment of Austria”.

France meanwhile said that it was confident the German government would take action on the claims, maintaining it still trusted its closest ally.

According to various media reports, the snooping in Belgium took place by monitoring data carried through 15 cables, mostly operated by Proximus, the national telecom giant.

“This is a strange alliance between Merkel and the Americans,” he said.