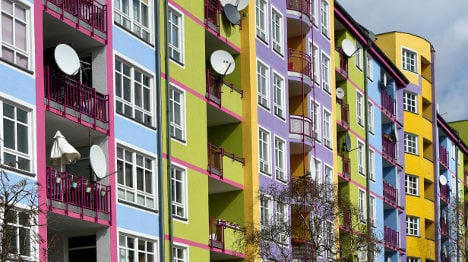 Blocks of flats in the Berlin district of Wedding. Photo: DPA

While other states have said that they're interested in the law, none of them have set a firm deadline for when they will introduce controls.

Landlords won't be allowed to charge rent more than 10 percent higher than the local average in the region.

The Berlin city government had its plans for rent controls already drafted before a national law passed the Bundestag (German parliament) earlier this year.

Other states want to check which cities have pressurized enough housing markets for rent controls to be worthwhile.

Some states, including Saxony-Anhalt and Saarland, may not make any use of the new law.

In Saxony-Anhalt, one in eight flats belonging to large rental companies stand empty.