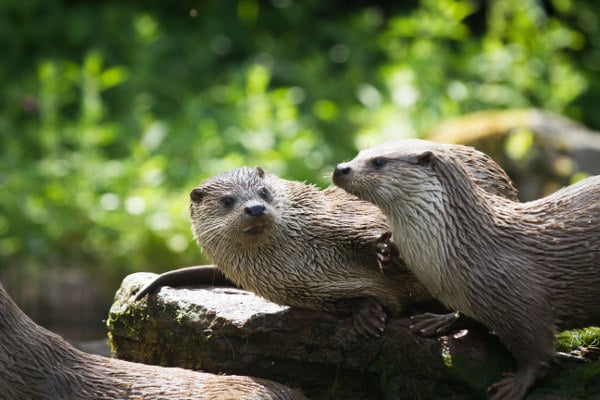 “The state of affairs for biodiversity in Germany in alarming,” said BfN president Beate Jessel.

The national target of halting the decline in biodiversity has been missed, said the professor, citing intensive farming as the primary cause.

The situation for invertebrates, a category which includes insects, is particularly dramatic.

Almost 46 percent of the species studied were found to be under threat, extremely rare or have completely died out.

The experts behind the report also noted a worrying decline in numbers for all 600 species of wild bee that live in Germany.

Around 28 percent of all vertebrates are endangered. The report expressed particular concern at the deteriorating situation for breeding birds.

'Run-of the-mill' species such as lapwings and field larks have been struggling for 20 to 30 years, Jessel said.

There are now only between a third and a quarter of the number of lapwings that existed 30 years ago. Partridges, meanwhile have fallen back 90 percent.

But the report also mentions certain successes that have come about as a result of targeted efforts: wolves are back and beaver numbers have recovered, as have those of black storks and see eagles.

“These are positive signs of success that show that where one actively pursues nature conservation one can achieve real results,” said Jessel.

According to the report 72,000 species of animal, plant and fungus exist in Germany.

32,000 of these indigenous species were surveyed for the report, with 31 percent found to be endangered and four percent having already died out.

The BfN puts forward an eight-point plan for the effective management of nature reserves which includes the idea of a network through which animals can wander.

“The report has stuck a finger in the wound in Germany.

“We're experiencing a crisis of biodiversity,” said Christopher Heinrich of the World Wildlife Fund (WWF). “The federal government is miles away from achieving its goals on species protection.”

The national strategy for biodiversity initiated in 2007 set out ambitious goals but they had still not been properly implemented, he said.

Gallery: Ten species Germany will miss the most