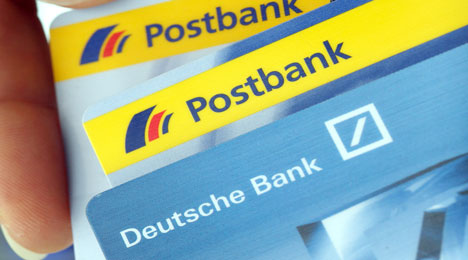 "The bank… will deconsolidate Postbank," a statement said, adding that it was aiming "to achieve greater efficiency and a more robust control environment", but gave no further details.

The sale of Postbank — which Deutsche Bank acquired in 2008 – is part of a new strategy to be unveiled Monday as the bank struggles to confront the challenges of increased financial sector regulation and the low interest rate environment.

The spin-off is a retreat from that ambition.

Friday's statement also said it would issue its first quarter results on Sunday, several days ahead of schedule.

Postbank, a former state-owned unit of the German postal group, has around 14 million customers and posted a net profit of 278 million euros ($302 million) last year. It is headquartered in the western city of Bonn and has a workforce of around 9,800.