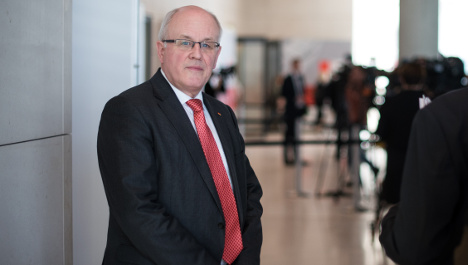 “We can take more refugees in Germany. We can and must afford this humaneness!”

He pointed out that the federal government has recently allocated €1 billion more to help states and municipalities deal with the large numbers of refugees arriving on German soil.

“If the states want more resources, they'll have to increase their efforts and – for example – deport more failed asylum seekers.

Everyone has to make an effort.”

But Green Party leader Simone Peter criticised Kauder on Twitter. "The government must not absolve itself of responsibility. Kauder wants to take in more refugees, but without the government providing more money," she tweeted.

Kauder went on to back up his CDU colleague, Interior Minister Thomas de Maizière, who said on Tuesday that Germany didn't need a new immigration law but simply better procedures to find the right type of migrants.

“We have good rules, and we can talk about it if businesses want specific changes,” he said.

“In many cases, qualified workers among refugees can also stay.

“And otherwise we should also be doing more to help our own young people get qualified.”