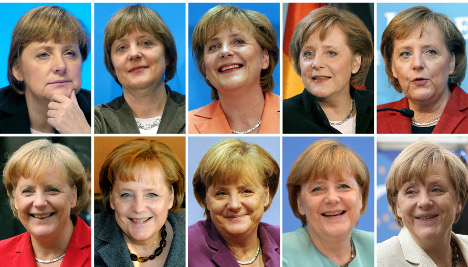 Angela Merkel -. who Germans love to call "Mutti" - over the years. Photo: DPA

Since then she has won three elections, overseen and managed crises, and charmed many of her international counterparts.

With the 10th anniversary of her reign as Chancellor approaching in the autumn, only Konrad Adenauer and Helmut Kohl have spent more time at the top of the party (16 and 22 years respectively).

At the time of her election, she was seen a somewhat surprising choice as a female protestant at the head of a male-dominated, Catholic party.

But ever since she has proved to be a great political operator, who has managed to negotiate three different coalitions and survive the global financial crisis that saw off so many of her European counterparts.

She may have turned 60 last summer, but shows no sign of taking her foot off the pedal.

Back in December she set out her stall for the 2017 election battle, and sent a warning to the SPD, after receiving 97 percent of the vote in the leadership election.