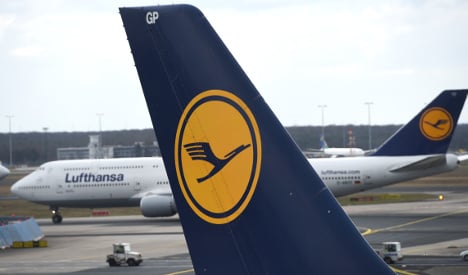 “We're considering whether the celebration will take place and what form it will take,” a spokesman said on Monday in Frankfurt.

Last week CEO Carsten Spohr called the crash of Germanwings flight 4U9525 with 150 people on board “the blackest day in the 60-year history of our company”.

French investigators currently believe that the Airbus A320 was deliberately crashed into the mountainside by co-pilot Andreas Lubitz, who appears to have locked his captain out of the cockpit after he left to use the toilet.

Meanwhile in Germany, police and prosecutors are scrambling to piece together details of Lubitz's life and identify a motive for the crime.

It emerged on Monday that he had been treated for suicidal thoughts before acquiring his pilot's license.

The airline was founded in 1955, ten years after the end of the Second World War and the dissolution of the original Lufthansa, founded in 1926.

It began with a regular air transport service within Germany in its first month before extending flights to London, Paris, Madrid and New York.