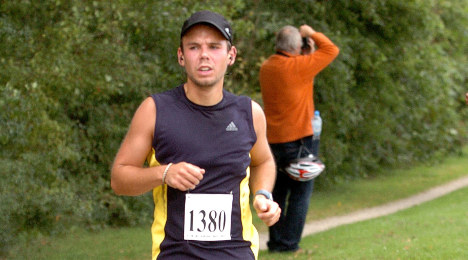 "Germanwings declares that the company had no sick report for this day," a statement on its website read.

It added that this matched the prosecutors' statement that the sick notes were found torn up in Lubitz's apartment.

The Rheinische Post reported that the Uniklinikum hospital in Düsseldorf said it had last seen Lubitz as a patient between February and March 10th 2015.

Sources told the newspaper that Lubitz was undergoing diagnosis for physical, not mental symptoms.

A statement from the hospital said that the co-pilot's files were being handed over to investigating prosecutors.

But Berlin's Tagesspiegel newspaper reported on Friday that "Düsseldorf sources" told it the sick notes found at his flat were for depression.

None of the newspaper reports have been confirmed by official sources.

State prosecutors in Düsseldorf had earlier revealed that they found the destroyed sick notes, covering the day of the crash, in a search of the flat on Thursday evening.

That fact "supports the provisional finding that the dead man hid his illness from his employer and his colleagues".

They added that the search of Lubitz's apartment in Düsseldorf did not reveal a suicide note or claim of responsibility.

There were no clues as to a political or religious background to Lubitz's actions, the prosecutors said.

Investigators secured documents "indicating an existing illness and corresponding medical treatment" were found at the apartment, the statement said.

German workers in all kinds of jobs have to visit the doctor and get a formal sick note to justify time off from work.

Berlin's Tagesspiegel reported that an "informed source" said the co-pilot had been in treatment for depression at Düsseldorf's Uniklinik hospital.

"The puzzle is coming together," the informant told the newspaper.

Neither Germanwings parent company Lufthansa nor pilots' union Vereinigung Cockpit would comment immediately on the news when contacted by The Local.

The Düsseldorf authorities have informed their colleagues in France working on the case.

Andreas Lubitz had a history of depression and had to take an 11-month break from his training in Arizona before qualifying as a pilot, Bild newspaper revealed on Friday.

Lubitz was briefly listed as "unable to fly" during his training period in the USA, the paper reported, while his personnel file at the German Air Travel Authority (Luftfahrtbundesamt) and his pilot's licence were marked with a code, "SIC", indicating he was subject to regular medical checks.

Police who searched the apartment had earlier said there was "no smoking gun" in Lubitz's home.

Lubitz's parents' house in the neighbouring state of Rhineland-Palatinate was also searched.

No rush to judgement

On Friday the Royal College of Psychiatrists in the UK issued a statement about the GermanWings plane crash, urging caution around the discussion of co-pilot Lubitz’ depression.

"The loss of the GermanWings Airbus is a ghastly horror. Until the facts are established, we should be careful not to rush judgements," said professor Sir Simon Wessely, President of the Royal College of Psychiatrists.

"Should it be the case that one pilot had a history of depression, we must bear in mind that so do several million people [in the UK].

"It is also true that depression is usually treatable. The biggest barrier to people getting help is stigma and fear of disclosure.

"We do not yet know what might be the lessons of the loss of the Airbus, but we caution against hasty decisions that might make it more, not less, difficult for people with depression to receive appropriate treatment. This will not help sufferers, families or the public."